When I came to Singapore in 1975, there was no proper school building. The school was then housed in a colonial villa on Chatsworth Road – a beautiful black and white house that I still remember fondly. As the first principal officially appointed by German authorities, responsible for the rapidly growing school community, I faced challenges that were completely unknown in Germany and to many other schools. At that time, we had to develop the complete curriculum for all primary school grades in the growing school. In addition, one more grade level was added, for which a curriculum had to be developed – one more challenge on my plate during my tenure. We also reviewed a better system for managing teaching aids, materials and school equipment, for enhanced shared used by the student body and teachers, as well as for the classrooms.

When I arrived in Singapore, there was no other person in the school office who spoke German, which meant that all communication, mostly with parents, had to be handled by myself. The only other employee was an older Chinese-speaking gentleman who was responsible for collecting school fees. The bus service also needed my assistance. Among other tasks, we had to create a seating plan to avoid scuffles among students for seats.

A major challenge throughout my time at the school was the growth in student numbers. Upon arrival, there was only one class for each of the six grade levels. Each year a new grade was added, each requiring an enormous effort. By the time I left Singapore in 1980, the programme had expanded to ten grades. A little later, the so-called final examination was also introduced, an examination that allowed the transition to the eleventh grade of high school in Germany.

I will also not forget this major milestone I had to achieve, towards the end of my time in Singapore. Just like the school management a few years ago, the school association board and management at my time were faced with the construction of a new school on the Bukit Tinggi premises. I can still remember the endless discussions about the construction financing.

Now more than 40 years have passed, but I am still a little proud and also satisfied with the many very different things that were achieved at that time, in good cooperation with the school association board.

Looking back in time, the approach in which we overcame challenges makes me feel good even today. I am particularly heartened by the great journey the school has made to this day.

After returning to Germany, I still often long for the tropical climate and the sunrises and sunsets that you could set your watch by. Singapore is a wonderful place to start exploring Asia and Oceania. Last but not least, I fondly remember all the interesting people and friendships that made my time in Singapore unforgettable. 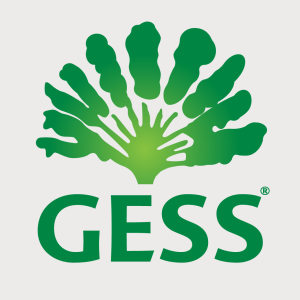 The GESS Magazine Editorial Team, comprising of members from the Department of External Communications and Relations, is responsible for uncovering interesting content angles, sourcing for contributions and assembling and editing this magazine, making sure it lands in your inbox in perfect form every quarter.
Share on facebook
Share on email
Share on whatsapp