In 2000, Mr. Günther Boos became the Headmaster of the German School Singapore (DSS) and many changes and milestones were achieved during his tenure. In his eight years of leadership, the number of students has grown from 300 to over 1000, and the European Section was introduced.

The same year welcomed the start of a joint venture with the Swiss Club, to build a sports hall to the latest standards and a training swimming pool. This enabled the DSS to match the standards of other international schools. The facilities were completed at the beginning of the 2002/2003 school year.

SARS-Crisis
Because of the SARS-Crisis, many expats had to return home in the school year 2002, with a shortage of replacements. 2003 was indeed a challenging year for GESS with only 467 students. The administration and school leadership, along with the faculty, identified and implemented many cost saving opportunities . Expenditure reductions and tuition increases further helped bring our budget to a balance. Refocusing on important issues for the school, for the school, a mission statement of the DSS was created in German and English for the first time amid the crisis. This mission statement was developed in cohesion with the board of directors, school management, parents, and students, aiming to distinguish us from other international schools. Consideration was given to what should be done with the many empty rooms. The school also gave attention to students who needed to survive financially. At that time, there were many German children attending English-speaking international schools, such as United World College, Tanglin School, etc. An idea was conceived to establish an international school to appeal to both German and other European families in Singapore, as not every country had their representative schools locally yet.

In 2004, the school introduced a
uniform for the first time, an identity
which has continued to bond our
students, with slight changes in design
since then.

At the 2003/2004 Annual General Meeting of the School Association, a unanimous decision was made to expand the DSS to include an English-language branch and to rename the school the German European School Singapore (GESS). In this school year, a two-week social internship was introduced for the first time for 11th graders (later grade 10), which is still carried out at the school today (India Project/Cambodia Project).

Through this strategic change, GESS was able to stabilise and increase student intake. Furthermore, the school was better able to adapt to the demands of increasingly international or mixed families. Numerous publicity measures were taken to publicise the change in the school’s orientation, such as marketing materials and, among other things, marketing videos made for Singapore television. Part of the campaign was a corporate makeover for the school bus,. completed as part of a student competition.

The school song
In 2006, our music teacher Terry Moran composed the school song “Roots & Wings” based on the mission statement that GESS had adopted. A mixed choir of students and teachers presented the school song for the first time to the school community at 2006’s Christmas Bazaar. The German translation of the lyrics was provided by Jürgen Völker, a former teacher at GESS.

In 2006, the Vocal and Instrumental Program (VIP) was also launched at GESS.

The foundation of the European Section was well received and the number of students grew to such an extent that by the 2006-2007 school year, consideration was being given to whether the Institute of Engineers could also provide classrooms. When the number of students grew to 1000, the Bukit Tinggi premises became too small. At that time, GESS also operated a boarding house.

In 2008, the year Mr Torsten Steiniger became principal, GESS leased the land at Jalang Jurong Kechil from the Singapore government for a limited period of time. It was decided that the elementary school and part of the pre-school area would move to the new Jalang Jurong Kechil site, as this site had ample space and greenery.

Awarded as first excellent German School Abroad and IB World School
In 2008, GESS received the award as the first excellent German School Abroad in Asia, and also became an IB World School, now teaching the PYP, MYP and DP. In the 2008/09 school year, the Business College at GESS was discontinued. About 100 students were trained in this programme to become wholesale and export merchants, but there were not enough young people interested in this training.

In 2009, the Dutch mother tongue programme was introduced at GESS through a collaboration with Rijnlands Education Worldwide (REW) in the Netherlands, which develops Dutch language learning programmes outside Belgium and the Netherlands.

Also in 2009, the GESS Cabaret, a charity event, was held for the first time, where talents from the whole school community had a stage for a good cause.

In January 2010, the Danish Mother Tongue Program was launched at GESS, initially offered by an external provider. 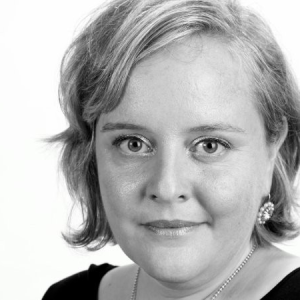