It has almost been two decades since the GESS European Section was first established. For two individuals at GESS – Sarah Thomas and Shameer Bismilla – the past 17 years of their lives have been intertwined with the growth of the European Section (EuroSec) Primary School. When they first joined a fledgling EuroSec Primary School as Grade 1 teachers, a whole road of possibilities lay ahead of them. They rolled up their sleeves and got down to work together with the small group of teachers and Head of Primary School back then. Today, the EuroSec Primary School is well-established with an amazing reputation. Sarah is the current Director of Primary and Middle School (European Section), and Shameer continues to teach and is also the  Literacy Coordinator. As they look back at the past 17 years and the long way the school has come, there is unmistakable pride in their voices; it is almost like the EuroSec Primary School is a child they have raised.

The students from the very first GESS cohorts that Sarah and Shameer taught are all grown up now and likely have their own careers, but both Sarah and Shameer have held on to some of their works and creations all these years, as precious artefacts of a beautiful time.

One particular project that they did together still holds a special place in their memories: The Lemonade Fundraiser by the very first Grade 1 class in the EuroSec Primary School. Shameer recalls that it was a messy affair but the students had heaps of fun making lemonade from scratch and pouring out cups of lemonade from a huge vat just outside the library at the old Jalan Jurong Kechil campus. Each cup of lemonade went for something between $0.10 to $0.20 and it was a hit with the students! Today, there still remains a book put together by the students to capture the entire process of making, tasting and selling the lemonades. As they flip through the pages, Sarah and Shameer laugh as they remember that the cost exceeded the revenues.

Those times were clearly different with a smaller cohort of students and a different set of rules. Sarah recalls that once, while teaching about children in different countries not having access to the same things, they both got their students to carry buckets of water to and from their classrooms. The objective was to help students understand a bit more about life in places where not everyone has easy access to water.

Not only were the times different but so was the space. Sarah and Shameer have both spent the majority of their GESS years at Jalan Jurong Kechil where the Primary School used to be. For most long-time Primary School teachers, the campus at Jalan Jurong Kechil holds a special spot in their hearts. Both Sarah and Shameer remember the frequent visits from very mischievous monkeys who sometimes wreaked havoc. Shameer especially remembers once leaving sandwiches in his classroom for a Parent-Teacher Conference and accidentally leaving access to the classroom open to the monkeys who had a field day. The monkeys also prompted new teaching opportunities – Shameer and Sarah remember inviting a monkey expert to talk to the students about the monkeys and how they live which also led to students understanding these visitors more.

The smell of the air, the rain, the lush greenery, the freedom – these are all the associations both Sarah and Shameer make with the Jalan Jurong Kechil campus.  Sarah shares that the kids would get out at lunch time and run around the campus carefreely, going around the football field, through the playground and the spice garden.

GESS has been, and it continues to be, probably the most important feature of my life after my kids and to be part of this project from the beginning, to help contribute to building it, to see where it goes next is a continuing fascination. GESS has been really, really good to me. And I can’t imagine being anywhere else.

And speaking of gardens, Sarah shares that there were fruit trees left behind on the grounds from an old orchard that must have been there. From trees bearing juicy mangosteens to different types of mangoes, there was a variety of trees. During school tours, Sarah would bring the parents around and show them the fruit trees, explaining which had the tastier fruits. Reminiscing about these days, Sarah shares that it was a special breed of people who chose the school back then – people who liked the ambience of the school for what it was and felt the emanating happiness of the children.

The school has evolved and transformed in many ways since then but in some ways it has also stayed the same – the students and the community are still at the centre of GESS and with staff like Sarah and Shameer having stayed with the school for this long, there is a continuity of the community spirit.

It’s been a pleasure to be working at GESS for these many, many years and I think I have grown myself to be a great teacher (and) I am learning at the same time. It’s such an honour to be teaching at GESS this long. Thank you. Happy birthday! 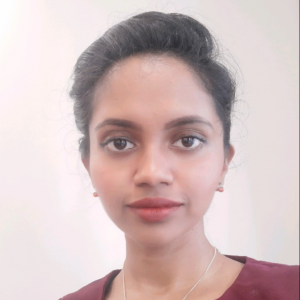